How climate change is related to the floods in Pakistan 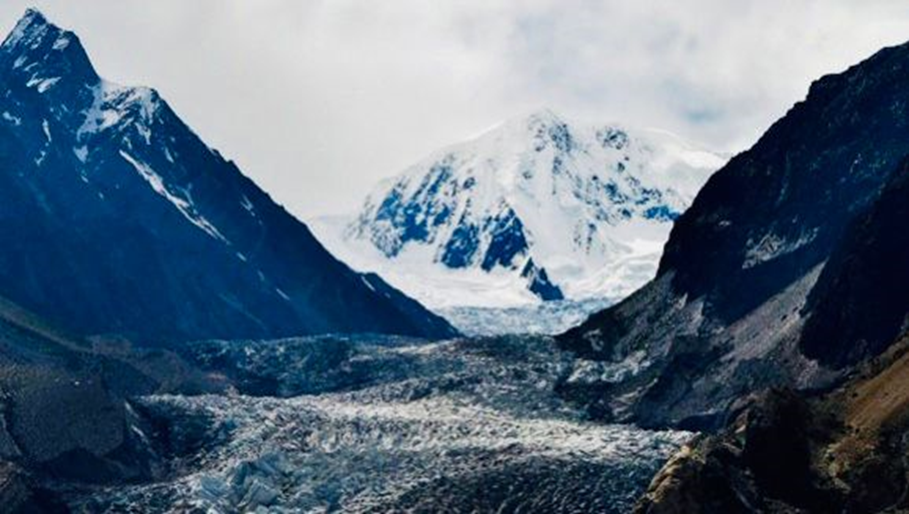 The largest concentration of glacial ice outside of the polar regions occurs in Pakistan. According to experts, the disastrous floods in Pakistan serve as a “wake-up call” about the dangers posed by global warming.

Any country, not just those that are less developed, will be ravaged by the record-breaking rain, according to one climatologist.

On Friday, 2,000 more individuals were saved from floods.

and more than half of the country’s crops were damaged, leading officials to issue a warning about a food shortage.

There is a strong sense of unfairness throughout the nation. Despite producing less than 1% of the greenhouse gases that warm our planet, Pakistan is particularly vulnerable to climate change due to its geographic location.

Climate minister Sherry Rehman stated last week that “literally one-third of Pakistan is flooded right now, which has beyond every threshold, every standard we’ve seen in the past.”

Pakistan is situated in a region of the world that experiences the full force of two significant weather systems. One can bring about drought and high temperatures, as the March heatwave, while the other provides monsoon rains.

The bulk of Pakistan’s people reside beside the Indus river, which swells and can flood during monsoon rains.

The research connecting a changing climate to stronger monsoons is pretty straightforward. The increase in air and ocean temperatures brought on by global warming increases evaporation. Rainfall during the monsoon increases because warmer air can store more moisture.

Anja Katzenberger from the Potsdam Institute for Climate Impact Research says that scientists anticipate an increase in the typical rainfall during the Indian summer monsoon season as a result of climate change.

However, Pakistan’s massive glaciers are another factor rendering the country vulnerable to the consequences of climate change.

Given that it has more glacial ice than any other place on Earth outside of the polar regions, the northern area is occasionally referred to as the “third pole.”

Glacial ice is melting as the planet warms. According to the UN Development Programme, glaciers in Pakistan’s Gilgit-Baltistan and Khyber Pakhtunkhwa provinces are melting quickly and producing more than 3,000 lakes. The unexpected rupture of 33 of these might release millions of cubic metres of water and debris, endangering 7 million people.

• Photos and a map depict the extent of the floods in Pakistan.

Global glaciers are melting more quickly, and Pakistan heatwave probabilities are increasing due to climate change.

The Pakistani government and the UN are putting in place early-warning systems and protective structures in an effort to lessen the hazards of these unexpected outburst floods.

Infrastructure is already being damaged by glacial lake eruptions.

However, according to climate impact scientist Fahad Saeed, even a wealthy country will not be able to withstand the devastating flooding this summer.

Dr. Saeed from Islamabad, Pakistan, says, “This is a new sort of beast – the magnitude of the floods is so big and the rain is so intense, that even extremely solid defences would struggle.”

He cites the flooding that occurred in Germany and Belgium in 2021 and resulted in several fatalities.

Between June and August, rainfall in Pakistan was over 190% more than the 30-year normal, totaling 390.7mm.

He claims that Pakistan’s meteorological office conducted “decent” work in providing early flood warnings to the public. The nation does have some flood defences, but they need to be upgraded, according to him.

The victims, he claims, “are living in mud dwellings with very few resources and have made almost no contribution to climate change.”

The southern regions of Singh and Balochistan,

which are typically dry or semi-arid,

Despite the fact that they are not frequently hit by this sort of rain, have been ravaged by the flooding.

Inequality throughout the nation, according to Yusuf Baluch, a 17-year-old climate activist from Balochistan, is exacerbating the issue. When he was six years old, water swept his own house away from his family.

The least impacted by the flooding are those who live in cities and come from more affluent families, he claims.

“People are entitled to their anger. While businesses continue to mine fossil fuels in Balochistan,

locals there have just lost their houses and need food and shelter “He claims. He thinks the local communities are not being helped by the government.

The floods, according to Dr. Saeed, are “definitely a wake-up call”.

For governments throughout the world who committed to addressing climate change at previous UN climate conferences.

All of this is taking place at a time when the earth has warmed by 1.2C;

Any further warmth will be fatal for many Pakistanis.

According to the Justice Department, Mar-a-sensitive Lago’s ...